I’ve recently tried setting up Samba sharing on my Asus RT-N18U Wireless Router with latest available official ASUSWRT software (3.0.0.4.378_9545-ge20f0c3). In order to achieve this, I followed what seemed a logical menu path: 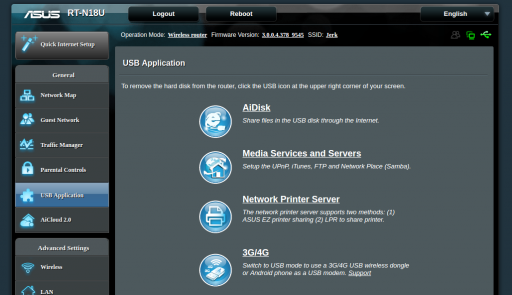 No big deal so far, and then no issues either in creating and assigning permissions to users: 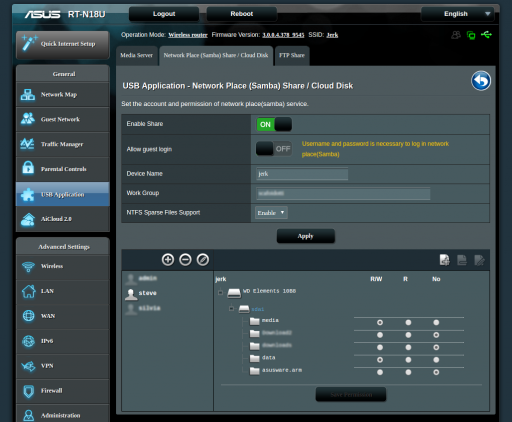 Unfortunately, what seemed (and should have been) a simple operation didn’t bring expected results. In fact, whenever I was attempting to access samba shares from my PC running Linux Mint (v. 17.2 Rafaela), I was either repeatedly re-asked for a password, or facing connection timed out errors. Samba sharing simply seemed not to be working.

A quick lookup on the Internet helped me not, as no other seemed to be facing the same issue. Or – at least – I have been unable to find a solution. So I have started to investigate a bit myself, using my old time friend, the powerful Linux command line. What I have discovered using smbclient is that there were some configuration issues:

Note: jerk is the name of my router; replace it with your own router name, if you wish to reproduce the above

UPDATE: Additionally, in 2020 and 2021 as I have tried accessing my device from newer Ubuntu and Mint 19 and 20 versions, I stepped into similar but slightly different messages. Bottom line: my “fix” wasn’t working anymore. I have therefore looked for a way to solve my problem on my new hosts and managed to get past it with configuration options below.

One word of caution here: what happens is that the Asus device only supports old, not so secure versions of the SMB protocol. And that I’m therefore forced to force my Linux box to use those old protocol versions. The setup I’m suggesting herein – although it’s the only one which will work with the Asus box (as far as I know) – it is also not as secure as it would be with newer protocol versions. In my situation this is not a problem, as I’m using it in my home network only. Before acting as described below, if you’re using your laptop in public networks also, please make sure that the fix I suggest does not violate your company security policies or introduces potential risks of any kind. This is to say that – although I have received much appreciation for this post during the years – acting as suggested below is under your own and sole responsibility, and that you should at least understand what you’re doing.

Anyways, let’s now get to the fix. In my old setup, I simply added the following two lines:

within the global section (look for a [global] entry) of my local samba configuration file – which is /etc/samba/smb.conf on my PC.

For my newer Linux Mint 20.2, the above solution still doesn’t work. Besides the lines above, I also needed to add following two lines to the /etc/samba/smb.conf (just below the two lines above). I suspect this is nowadays necessary not only for Mint/Ubuntu 20, but also for many other recent distributions. If the above lines alone do not work, you can therefore try adding the following two lines (here a hint on what they do):

Here too, in recent distributions, you might need to add the following two lines also in order for the setup to work:

Although it’s not strictly necessary, you can now reload your local samba server. This is useful because it can help you spotting configuration mistakes if you made any while editing the configuration files. You can try to execute one of the following (or similar) commands (the exact one will depend on your distribution/version):

The trick(s) above allowed me to get Samba sharing working.

I’m afraid others might face the same problem, so here it is what I did in order to make my Asus RT-N18U router Samba share work with my Linux Mint PC. If this helps you, let me know. Surely getting some feedback would encourage me to write other similar posts in the future (or update this one once again). 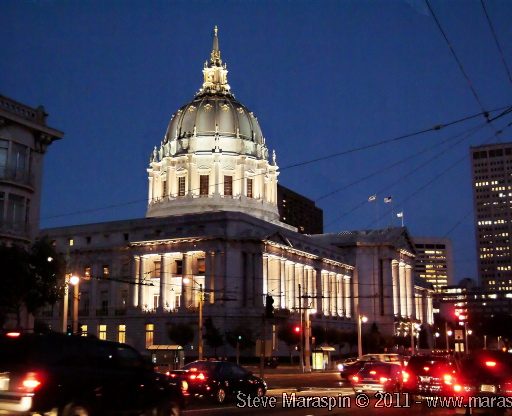 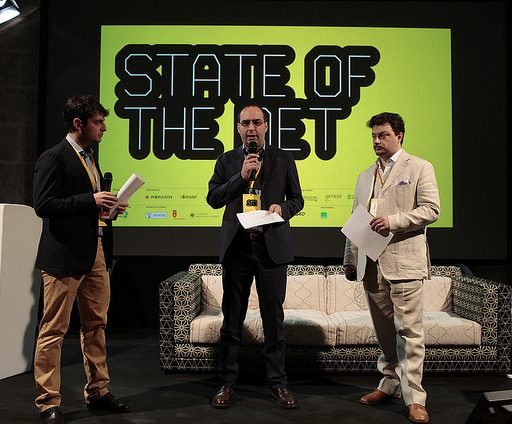 Waterfalls in the Soca Valley

Menu
This website uses cookies to improve your experience. If you continue to use this site, you agree with it.
Ok